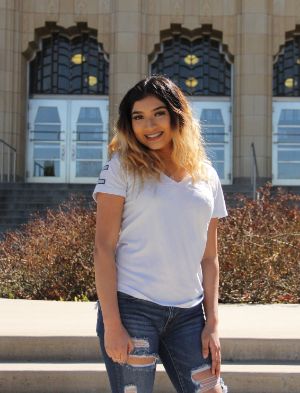 Jenniffer is an Ogden High School senior who will be the first person in her family to graduate high school, and she has worked hard to get there. Her parents both immigrated to the United States when they were young and immediately started working, never attending school here. Even though they support Jenniffer in getting the best education she can, they weren’t able to help her navigate the pressures and demands of high school. This made it hard for Jenniffer to get the most out of her high school experience and caused tension at home. Her mom turned to United Way’s Community School Coordinator, Ariana, to give Jenniffer some extra guidance.

Ariana reached out to Jenniffer and with time her attitude toward school started to change. Jenniffer found a support system in Ariana, and said, “She is like a second mom but at school.”  Jenniffer’s attendance improved, and she became more involved. “I just feel like when you’re more involved in extracurricular stuff you just feel so included and it feels like home.” This sense of belonging also helped Jenniffer be more outgoing at school and improve her relationships with family at home.

Ariana also included Jenniffer in service opportunities. “She would help me little by little, even if it was just like, ‘Hey can you please help me with the [food] pantry after school today? Or like, help me [sort] diapers today?’ We would stay after school and she would talk to us. She was just like a really good influence and she was really there when no one really was.” 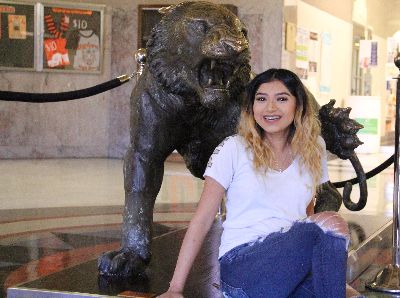 Despite her challenges last year, by the start of her senior year, Jenniffer was ready to get to work. “I didn’t want to feel like that minor setback defined me,” she said. She earned her CNA certification (Certified Nursing Assistant) and began to work at a nursing home. In addition to graduating this spring, Jenniffer has completed half of her associate's degree. Her goal is to continue her education at Weber State University in the fall and apply to their nursing program.

As a soon-to-be first-generation high school graduate and college student, Jenniffer wants to set an example for her younger siblings and cousins. “I really wanted to be something that, you know, my cousins, my sisters, and everyone else can look up to me and be like ‘Wow, she was the first one to go to college. She was the first one to graduate high school, she is doing something.’” She is so excited to graduate this May and continue toward her next milestone of graduating from college.

Because she’s so grateful for Ariana’s help, Jenniffer now tries to help others as much as she can. She takes the time to talk to her classmates and make sure they are doing okay. “She just inspired me and I started going around and talking to everybody and just making sure they were okay. I just feel like that the biggest thing that helped me was realizing that all it took was one person to ask me how I was, and it just felt great to have someone care for me.”

Congratulations to Jenniffer for being part of the Class of 2019! 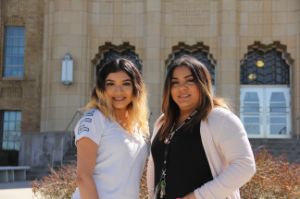