Tutoring Can Make the Difference Your Child Needs

When kids start school, those who aren’t ready often fall behind, making it more difficult for them to continue to learn. Students who aren’t proficient readers by third grade are three times more likely to drop out without finishing high school. Through the AmeriCorps Education Initiative of Utah, AmeriCorps members recruit volunteers to help at-risk children progress in their reading abilities. Many of the children they work with have never had a good experience with reading so they aren’t initially excited about the tutoring program, but with creativity and perseverance, they often find great success!

Here are a couple of stories from our members: 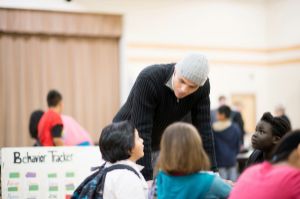 “This past year, I had one student who was particularly challenging. His parents and his teacher agreed that the tutoring program would be very beneficial to him but he really didn’t want to be involved. He started out with a very low score because he wouldn’t even try. I told stories and tried to help him see why this program could help him but my efforts seemed hopeless. I changed his tutors, trying to find someone who would click with him. After months of failed attempts, I finally told his teacher if he didn’t change his attitude we would need to remove him from the program. She had a talk with him and said she’d give him a week, and that it was his choice.

“Around the same time, a high school student came along that wanted to tutor. I told him about my troubles with this student and he said he wanted to work with him. The first day together they instantly became friends and he was so cooperative for this young man. I felt a huge relief because we had finally made a connection and he ultimately decided to stay in the program. In the end, I was excited and nervous to see his final test scores. His scores showed that he had made a great amount of progress. I’m so glad he decided to stay in the program. This student taught me to have patience and to never give up.” 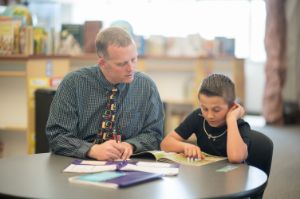 “I had a student this year who didn't like reading much.  I was able to match him with a great tutor who had once been a teacher. They found a fun book to read and ended up reading the whole book together.  When they finished, the student asked if he could borrow the sequels to the book. One by one, he read each book in the series and brought it back to me.  He loves reading now and is doing very well. I love it when that happens!”