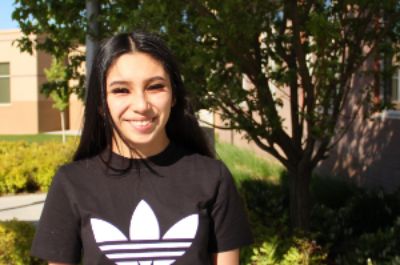 While her fellow classmates were busy with football games and senior dances, Destiny, a senior at Ben Lomond High School, was recovering from a car accident that almost left her paralyzed. With the help of Maria, a United Way community school coordinator, she is back on track and will be graduating with her class this year.

Destiny grew up in Ogden and went to several different schools in the area throughout her childhood. She hit the ground running when she started high school by studying a lot and taking extra classes to earn additional credits in order to get that much closer to graduating. Her sophomore year, however, she failed her first class. The following year is when she really started to struggle with school. “11th grade is when I kind of slacked, and that’s kind of when things got harder and I started failing classes more,” said Destiny. 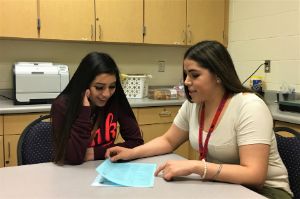 The accident she was involved in happened the summer before her senior year. Destiny, her brother, and some friends drove up Ogden Canyon to go stargazing. On the drive back they failed to see a curve and plunged 180 ft down a ravine. She was airlifted from the accident in critical condition and was told there was a possibility she would be paralyzed from the shoulders down.

Faced with that outcome, she was determined to overcome the accident and the prognosis she had been given. “I told them that all I wanted to do was walk,” she said. After a lot of hard work, she was able to leave the hospital, walking with the assistance of a walker.

Although she was nervous to come back to school with a neck brace and in a wheelchair, she did not let it stop her from getting back on track to graduate. She began asking for help from her school and that is when she met Maria. Maria has helped Destiny with her schoolwork, as well as accommodations for her attendance since she is still going to physical therapy.

“She lets it be known that she’s here, and anytime I’m feeling down or something and I see her it just brings a smile,” says Destiny. “She’s just really comforting. Anytime that you see her she always says hi to you and asks how you’re doing.”

In Maria, she has found a mentor and a person who genuinely cares about her success. Destiny wholeheartedly believes that she survived the car crash for a reason. When asked about her future plans, she says she is looking into online college classes and is still figuring out what she wants to study in school. Because of her determination and the support she has received from Maria, Destiny will be graduating with her class and adding high school graduation to her list of accomplishments.

Congratulations to Destiny for being part of the Class of 2019!