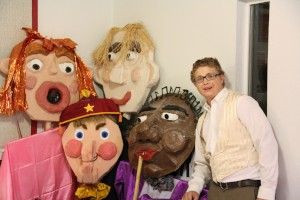 Gabe is a 16-year-old in Brigham City who recently received the President’s Volunteer Service Award and is on the honor roll at school. On meeting Gabe, you’d never think that, just a few years ago, he was failing his classes and had no motivation.

Gabe’s mom, Jodee, was worried about her bright eighth grader who had the potential to do well in school but managed to earn Ds and Fs. He had no outside activities or interests and spent most of his time just hanging out and doing nothing. So Jodee took an extreme approach: she grounded Gabe for the rest of the school year and signed him up for a new after-school service program at the Brigham City Fine Arts Center.

Gabe was nervous at first, not sure what to expect. He soon started enjoying the weekly service projects, and after a few months, a friend talked him into joining a weekly improv group for teens. “I was really, really hesitant because I’m quiet, and I have kind of a stutter,” he says. But the group was welcoming, and Gabe quickly became comfortable performing, talking, and engaging with other people. Before long, he started participating in plays through the Creative Stage program and working with the puppetry classes to make and perform with puppets.

Over two years later, Gabe is more involved than ever at the Fine Arts Center—his mom says he spends anywhere from three to twenty hours a week there. He has performed in plays, puppet shows (including at the Thanksgiving Point Renaissance Fair), and has recently taken more of a leadership role at the theater. He teaches puppetry to younger kids as a part-time job and seems to be involved in every aspect of the theater’s programs. 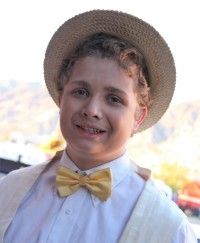 Even with all this activity, Gabe has raised his grades enough to get on the honor roll, and performed hundreds of hours of service to earn the Presidential Award. “All that activity kind of taught me a work ethic,” he explains. “It’s just crazy to see the amount of change these programs bring” to the kids involved. He has seen change in “kids that are barely able to speak, and then…they’re doing improv and stuff.”

Susan Neidert, director and creative force behind the wealth of programs at the Fine Arts Center, says Gabe’s story is not unique. “It’s hard to draw attention to any one student,” she says, noting that “these programs have been successful in producing some great youth and leaders.” Susan also points out that her programs are “considered a prevention program rather than a fix-it program,” helping keep teens motivated in school, out of trouble, and learning important life skills and leadership. In a small community, this is a critical need, as there are often fewer programs and resources available.  She points to studies that “show that community arts activities improve school attendance, grades, and attitudes, and we have seen this in many of our students.”

A free after-school homework program will be offered, starting in Fall 2016, but most programs require a fee, which the Center works hard to keep affordable for families. However, many students simply could not participate without reduced or waived fees. A recent grant from United Way of Northern Utah has helped provide this opportunity for many students and has also allowed the center to expand other programs.  The Brigham City Fine Arts Center is a place where family income doesn’t matter, because “a wide range of skills are valued and everyone has something to contribute.

United Way is proud to support the work of the Brigham City Fine Arts Center in building community and improving student success through a wide array of music, art, and theater opportunities: programs that create lasting change in the lives of individuals. 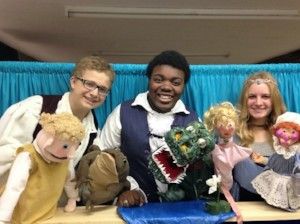