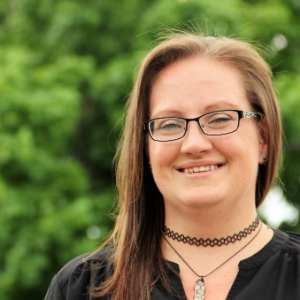 Vickie spent 18 years thinking she was trapped by her past. Little did she realize how much power she had to turn everything around, and she did it in less than two years.

After a troubled childhood led to drug use and trouble with the law, Vickie started cleaning up her life. However, as a mother of young children she found it increasingly hard to make ends meet working minimum wage jobs. Because of her criminal record, she didn’t think it would ever be possible for her to make more than $9 or $10 per hour, so she relied on public benefits and housing assistance. “I didn’t believe in myself anymore,” she explained.

Then the Ogden Housing Authority referred her to SparkPoint Center at Cottages of Hope, where Vickie learned she could take steps to clear her record, get help finding a better job, and learn to manage her finances.

In June 2015, Vickie began the expungement process. She also began meeting with a financial counselor and preparing to find a higher-paying job. She worked on budgeting and paying down past debts, and before long she enrolled in a technical training program. Simultaneously, she took advantage of numerous free community classes on parenting, self-sufficiency, and improving her situation. “I never got to see my kids; I didn’t know if I could keep doing this,” she recalled. Still, she kept working and by the following year she had cleared her record, paid down several thousand dollars in debt, purchased her first vehicle, and established an emergency savings fund. 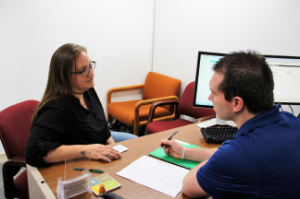 After graduating school, a job coach helped Vickie find a job with better pay and benefits, and she continues to work toward long-term career goals. She was also able to get off public benefits and housing assistance, and hopes to purchase her first home in the near future. Even though she had questioned the changes she was making, she now realizes “it was only a little bit of my time; now it’s done and I get all this time with my kids,” as well as “no worry and stress and no shut-off notices.” When applying for her current job, Vickie was surprised to learn that they would do a credit check as well as a background check. She felt relief and freedom knowing how much she had raised her credit score while working with her financial coach, and that she had nothing to worry about.

According to Vickie, the best part is that her kids “see everything I’ve accomplished and they’re proud of me.” She talks to her kids a lot about finances, as well as how to make good choices as they face peer pressure and other teenage challenges. Vickie is happy to see them involved in sports and earning places on the honor roll, helping them prepare for bright futures.

After accomplishing nearly every goal on her list, Vickie is convinced of the importance of “just setting little goals, one at a time. People think all the little things don’t even matter, but they do matter.” In fact, she said “I’ve accomplished all these goals; now I’m going to do even more!”

United Way is a proud partner of SparkPoint Center at Cottages of Hope, working to break the cycle of poverty and help people achieve financial independence and self-sufficiency.